Accepting the Engineering Emmy for ARRI was John Gresch, Senior Vice President Sales & Marketing at ARRI Inc. “This is truly a great honor. On behalf of ARRI, especially our lighting engineers in Stephanskirchen in Germany, the management team in Munich, and all our worldwide locations, I thank the Television Academy for this,” he remarked in his speech.

There is also great excitement about the Engineering Emmy at ARRI’s headquarters in Munich. Markus Zeiler, Executive Board member of ARRI and General Manager of ARRI Lighting at the time of the release of SkyPanel, comments: “We are very grateful for this very special acknowledgement of the Television Academy. This prestigious award recognizes the hard work of the SkyPanel team of engineers and designers who worked tirelessly on the hardware and software on the SkyPanel family for many years. SkyPanel was a major breakthrough product that helped facilitate the digital revolution in lighting for the film and television industry. Calibrated, tuneable LED lighting significantly changed set lighting, allowing more creative freedom while saving time and energy.” 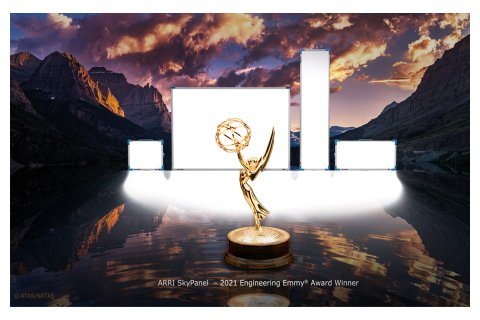