Eos v3.0 is officially released and available for download on the ETC website. This update marks the official addition of the Augment3d three-dimensional programming environment and augmented-reality focus-remote integration to the Eos toolkit.

(As a reminder, Eos v3.0 and all subsequent software updates will not be compatible with Windows XP-based hardware such as the Eos “Classic” or XP-based Ion consoles. Earlier software builds will remain available on the ETC website, and a new feature within the shell will allow Eos v3.0 users to boot their consoles in v2.9.1 for compatibility with older devices.) 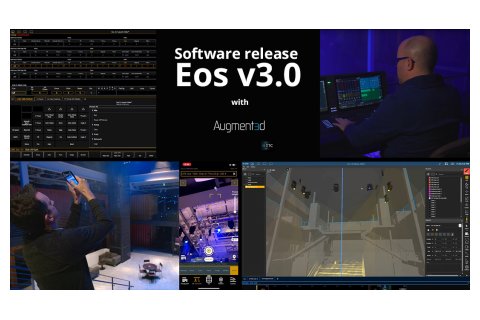