Sully LED compartment accessory (T650SX) - The inspiration for the new family Robert Juliat has developed a new LED compartment which will enable customers to upgrade current traditional profile installations to LED by simply swapping the tungsten lamp base on their existing RJ 600SX Series for the new T650SX LED module. The new accessory is also compatible with Robert Juliat’s Aledin Series, Figaro, and Quincy, and with its tungsten Cricket and MSD Buxie followspots.

This ingenious new development is kinder to the planet as well as your budget. Any 600SX Series profiles can be transformed from tungsten to LED sources whilst retaining the iconic, ergonomically-designed, steel bodywork that has become synonymous with the Robert Juliat name. By simply changing your existing tungsten lamp base for a Sully T650SX LED base, you can have a new LED rig without the cost, inconvenience and waste of replacing your existing rig. What’s more, you can retain all your existing 600SX Series accessories (iris, gobo holders, etc…) which are compatible with the new module – recycling at its best! Your reward for helping to save the planet? Lower power consumption and running costs too! 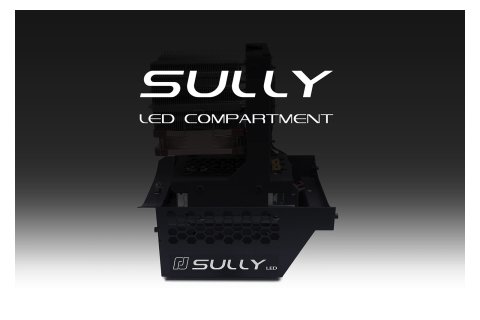